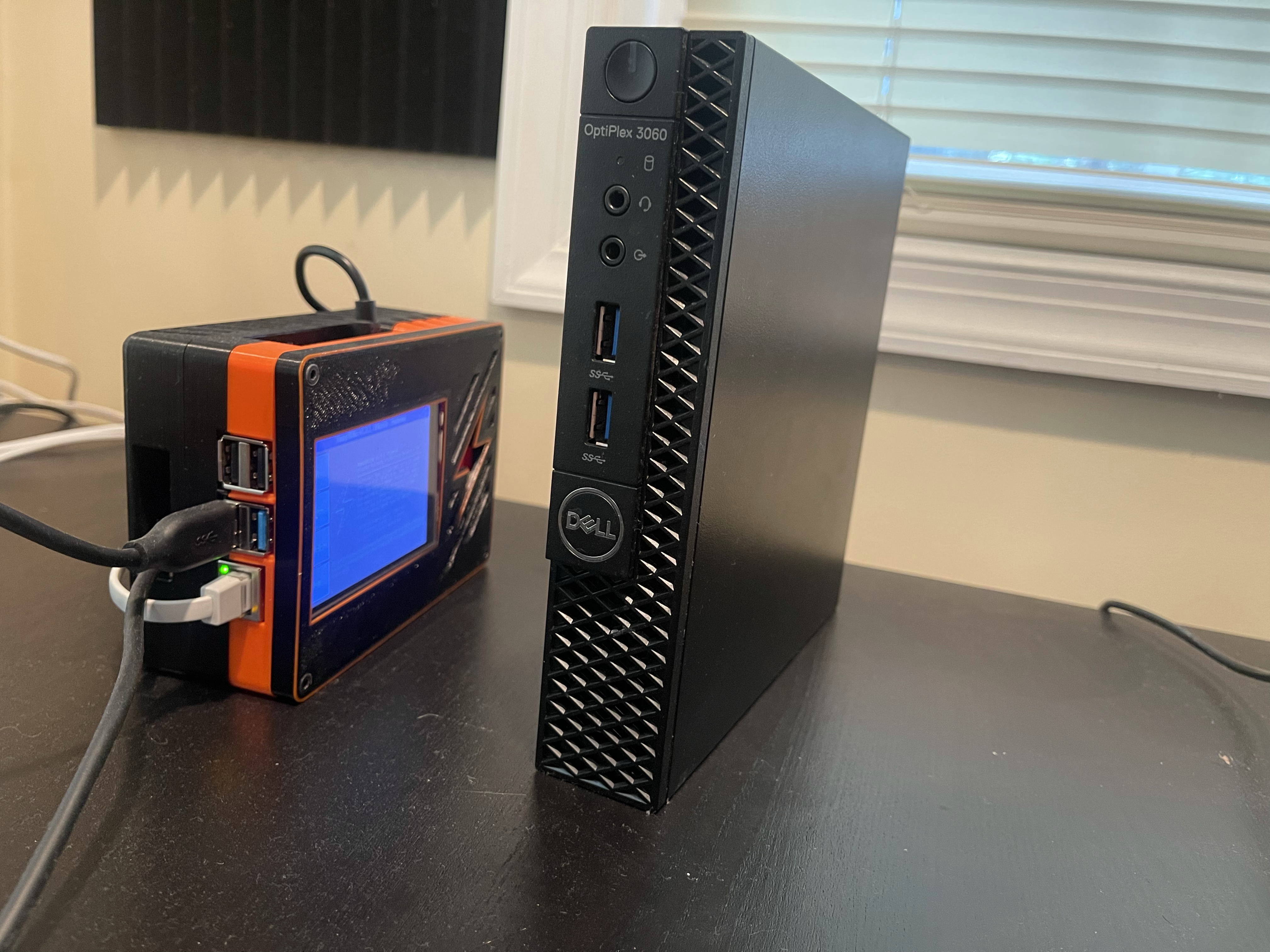 Ketan from Ministry of Nodes has created a guide on youtube to help others setup their own Bitcoin node running BTCPay Server and Lightning on a desktop PC and it was exactly a setup I had been interested in myself. I realize this is very niche subject matter but I did the work of documenting this project and thought that others might benefit from the documentation.

I plan on breaking this up into multiple parts in order to mirror Ketan’s youtube videos. There are places throughout his series where it would be helpful if you have a link or a quick copy and paste in order to be able to keep up with his instructions.

Who this isn’t for; most will do fine running a node with a single board computer, like a Raspberry Pi. If all you are doing is confirming your own transactions, occasionally spending with lightning, coinjoining, etc., then I don’t think you need an upgrade to your bitcoin node setup. The beauty of Bitcoin is that anybody can run their own node in order to verify their Bitcoin is real and not trust anyone else with their financial information, and for most a single board computer should work just fine for that.

If however you are looking to run a Lightning routing node where you expect to have a lot of traffic running through it, or if you are looking to run a public facing instance of BTCPay server, I think you should consider upgrading to a computer that is capable of handling the traffic in a more dependable way. I am differentiating here between a “Lightning Node” and a “Lightning Routing Node” on purpose. If you just plan on opening channels in order to spend, and are not so much concerned for earning routing fees and being a central point of the lightning network, then there is no reason to upgrade your node in my opinion.

I can confirm that, after going through Ketan’s guides a few times, and running this stack on a few different computers, it is very dependable and less buggy then when I have tried to run a public facing BTCPay Server on a raspberry pi. Admittedly, I have not run any of those computers where there is a lot of lightning traffic. I have not had the time with the machines to allow for that yet AND my main use case for this setup is for hosting a public facing BTCPay Server in a self-sovereign way. As always it is important to do your own research.

In Ketan’s guide he starts by recommending a dell optiplex 9020 micro for this project. At the top of this post, the picture of a PC next to a Raspiblitz is of a Dell 3060 micro, which has the same form factor as the 9020 micro. You can see it is a small machine, not much bigger than my Raspiblitz, but the difference in capability and dependability is big. Using these instructions, instead of Ketan’s, you will be able to get the 3060 micro to boot to ubuntu server without a windows installation on the computer. The video describes installing ubuntu, not ubuntu server, but just swap in the ubuntu server .iso instead and follow the rest of those instructions if you want to go with a newer machine than the 9020 micro. Of course you can use pretty much any AMD64 computer as long as it is a capable enough machine.

Here is an affiliate link to Amazon selling a Dell 9020.

Here is an affiliate link to a 1TB Samsung SSD. Keep an eye on your M.2 slot and which variety you need for your application.

A few points to keep in mind:

Here is a peak at the inside of the micro form factor:

Tl;dr, my Opendime review recommendation: Buy a 3 pack of Opendime’s as a way to carry and trade with “physical” Bitcoin.

Disclaimer: Take everything I am about to say in this Opendime review with a giant grain of salt. I am admittedly a fan boy of the Opendime product, and this product is for sure not for everyone. Opendimes have specific use cases that aren’t needed for buying and hodling Bitcoin, which is what most people care about.

The Opendime website calls it a Bitcoin bearer instrument. It is the only way I know of to securely hand another party physical Bitcoin. Yeah I know, no such thing as physical Bitcoin if you want to get technical about it. However there is the ability to write down your private key, or a seed phrase that acts the same, and hand that to somebody effectively giving that person possession / access to the Bitcoin attached to that private key. Opendime does that same thing without revealing the private key to anyone involved in the transaction of the Opendime.

How Does an Opendime Work?

For those that prefer videos:

Opendimes come in packs of three. When you first receive them you can place one inside of a PCs usb-a port. Here it will act similar to a flash drive. There will be some files on it including directions on how to use it.

If you are ready to generate a private key, drag a file into the Opendime folder. Almost any file will work as long as it is not too big. What should happen is the Opendime software will use that file to securely and randomly generate a private key. It will eject itself in software, then restart with new files in it. You will be able to see 1 address that you can deposit too, but you will not be able to see the private key.

If the Opendime does not eject itself in software it will be because the file was not big enough, just drag another file in until it does eject itself.

If the holder of the Opendime decides to extract the funds from the Opendime just push a pin through the hole marked on the back. Insert the Opendime into a PCs usb-a port and you will be able to open the file that contains the now visible private key. Once you have copied the private key you can paste that into a Bitcoin wallet to sweep the funds.

It is important to note here that there are several steps in this process in which you are trusting the company that makes Opendime to not be up to no good when it comes to how the address is generated and whether or not they can see your private key for that address. The Opendime software is all open source, so you can review the software yourself. There is also a way to verify an Opendime’s authenticity by going through a link in the Opendime’s folder, but there is some trust involved if you have not read the open source code.

Again, there is a level of trust here, especially if you are not technically proficient enough to review the Opendime’s source code, so do your own research and be certain you are ready to throw some of your hard earned Satoshi’s on an Opendime beforehand.

Here are a few use cases for an Opendime:

In my opinion, transacting in any way with an Opendime requires at least some level of trust between you and the other party. If both parties feel comfortable with the Opendime product, and comfortable verifying funds on the Opendime itself prior to transacting then that would fix the trust involved.

Opendimes are great for having something physical to hand to somebody who is still skittish about Bitcoin. When you have something physical that they can touch and hold, it can be more compelling for some people and could get a newcomer to “go down the Bitcoin rabbit hole.” This is my favorite use case.